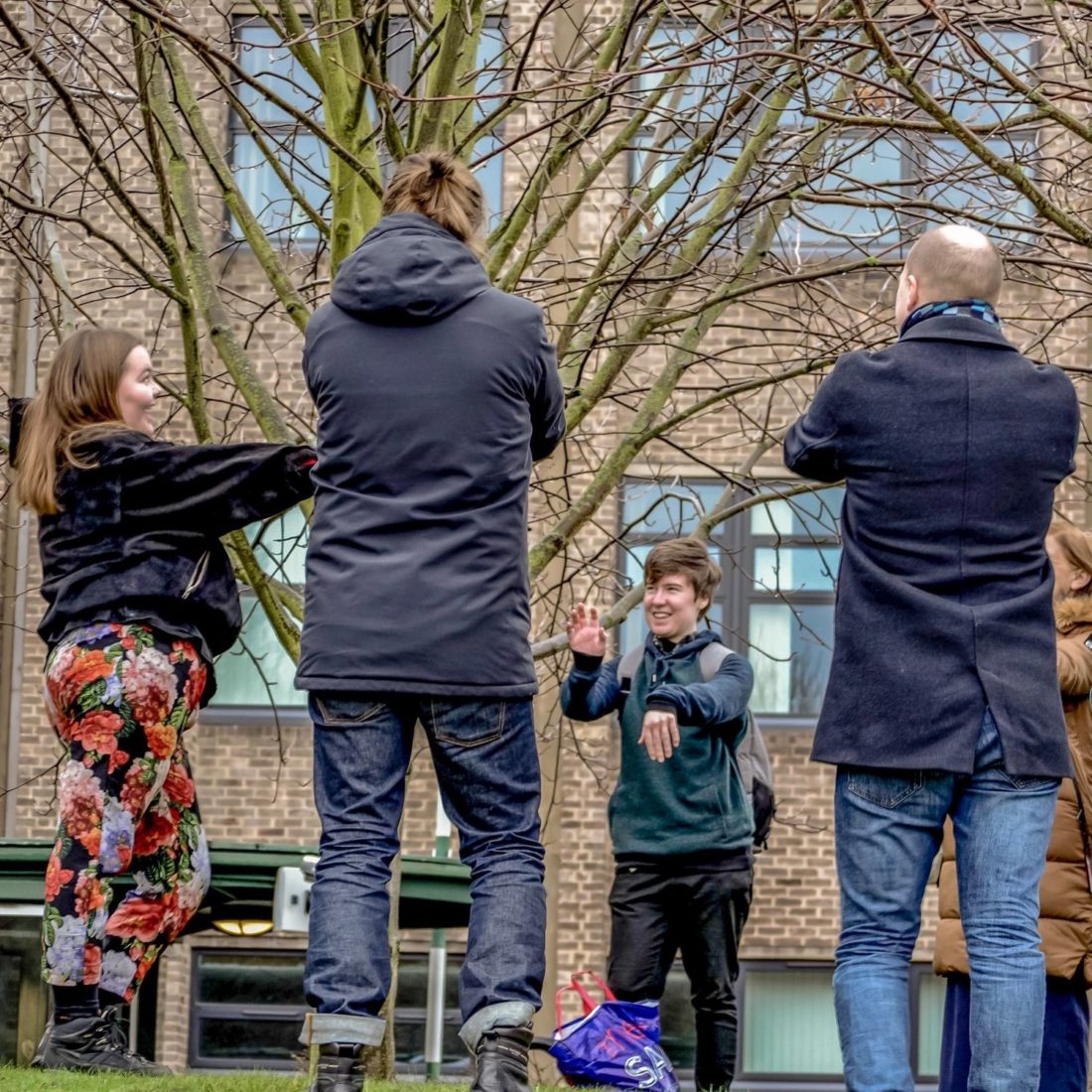 During Platform Nord 2019 two groups of young artists, UK and Nordic, will meet for a second encounter in the international joint young artist programme «United» – a collaboration between Platform Nord and UK Young Artists.

The first meeting of 4 Nordic and 6 UK artists took place in Leicester in June, and we are now ready for part two where we will focus on international career building and intercultural dialogue in relations to local artistic ventures, sustainability and artistic identity and presentation.

Artworks and presentations from the «United» artists can also be seen during the Platform Nord festival. 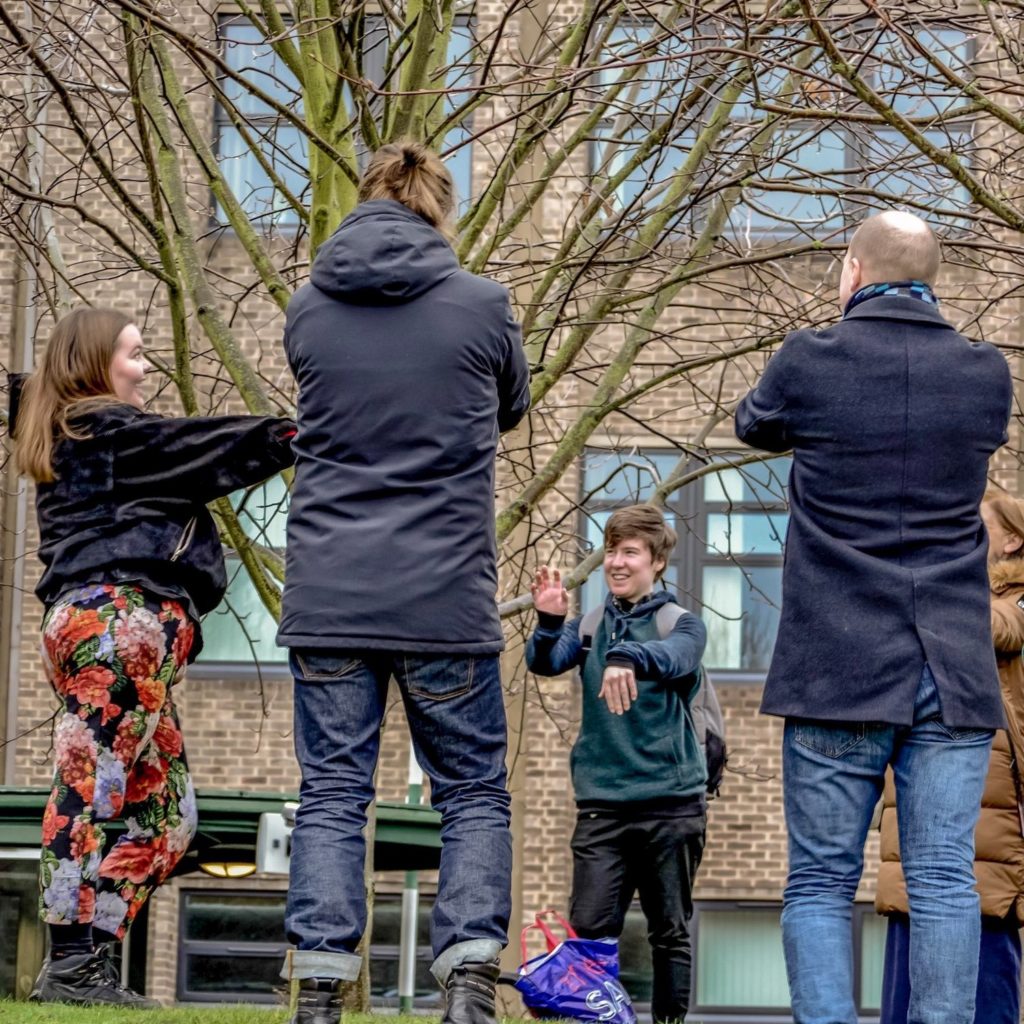 Agnes Ársælsdóttir is an Icelandic visual artist working with empathy, communication and humor through audience participation to challenge our acquired knowledge. Her work takes form in performances, texts, videos and installations. She has exhibited in group exhibitions in both Iceland, Norway and Paris. Agnes graduated from the Iceland University of the Arts with a BA degree in Spring 2018 and has held and internship for Gérald Kurdian in Paris, France. 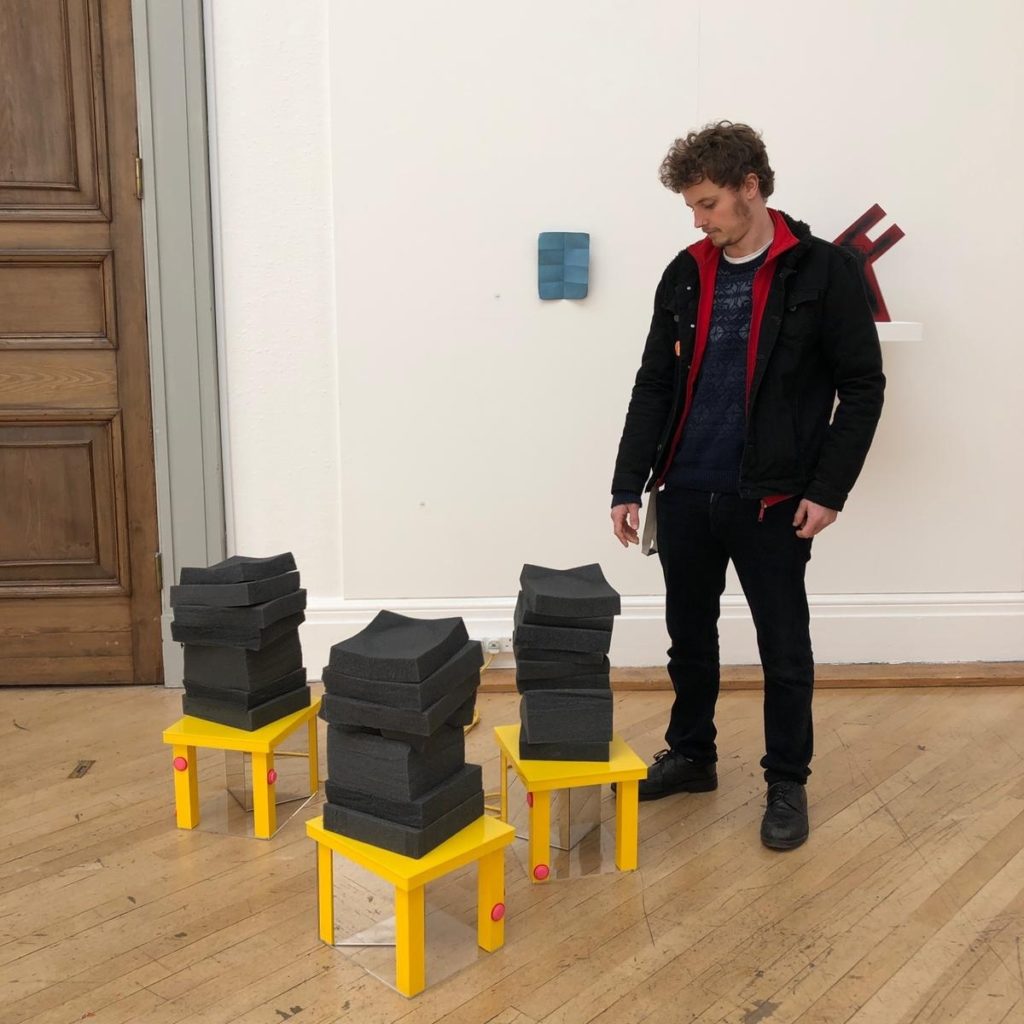 Ant Hamlyn’s work delves into magic, the body our relationship with modern technology to explore our shifting enthusiasms towards contemporary life. He devises kinetic sculptures, text, objects and interactive installations. A maker and a poet, he creates situations that present the viewer with an opportunity to experience a surreal or transient state of flux, often offering up ideas in which do not act as hyperbolic motivational offerings but delve into a surreal, transient and humorous state of being.

He is one of the 2018 / 19 Winners of the Red Mansion Art Prize, his works are held in private international collections and have featured in exhibitions at venues such as Royal Academy of Arts, Zablodowicz Collection, Victoria and Albert Museum, FACT, Science Gallery Melbourne and Daniel Benjamin Gallery. He has exhibited extensively across the UK and overseas including shows in Beijing, New York, Cyprus, Moscow, Melbourne, Madrid and Albania. 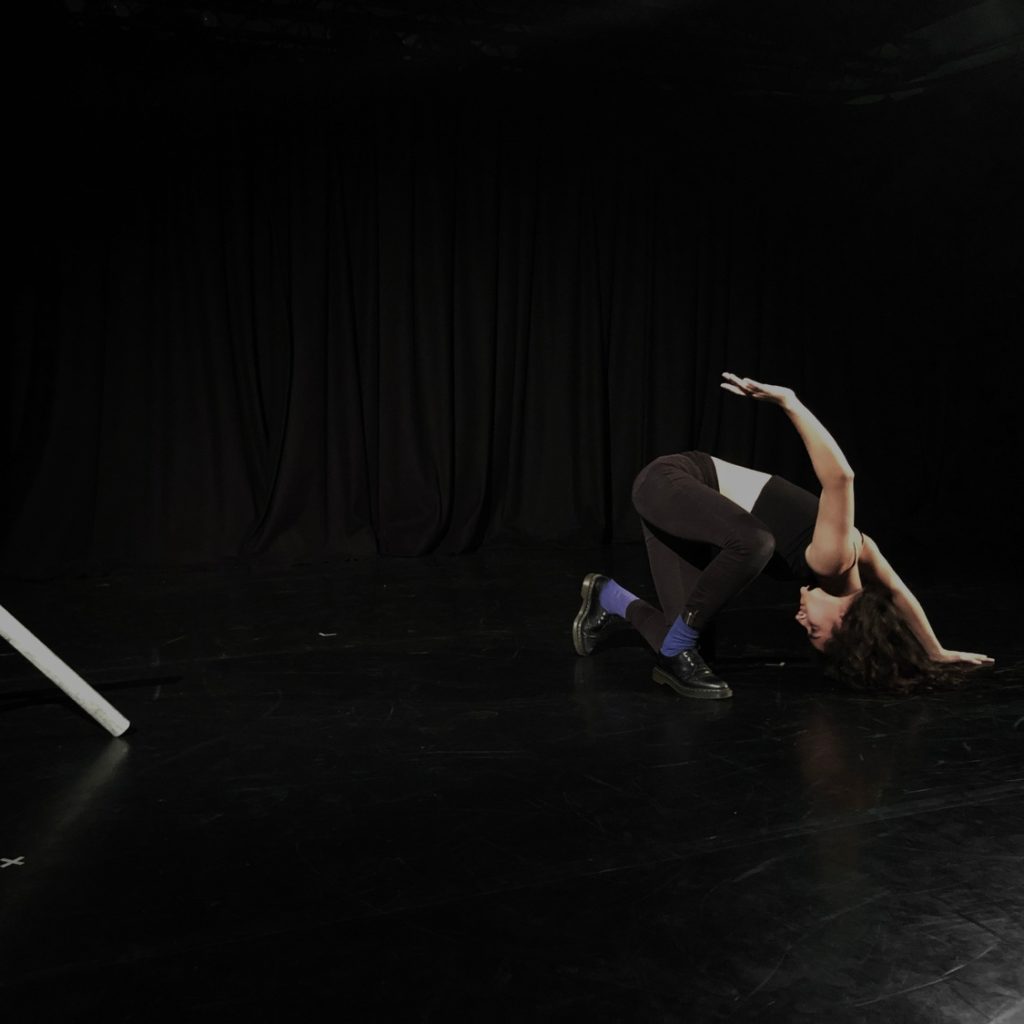 Bianca Hisse (b.1994) is a Brazilian artist currently living in Norway.  Through diagrams, performances and textual installations, Bianca asks herself how societies are choreographed; what are the current politics of scale between body and environment; and if it is possible to draft critical potentials through an infrastructural look at choreography – or a choreographic look at our existent infrastructures. Banners, signs, steel pipes and other recurrent elements of urban contexts are central in her works, often addressing concerns related to the complex movement dynamics of the contemporary world. She obtained a Masters in Fine Arts from Kunstakademiet i Tromsø (2019) and a Bachelor in Body Arts from the Pontifical Catholic University of São Paulo (2016). 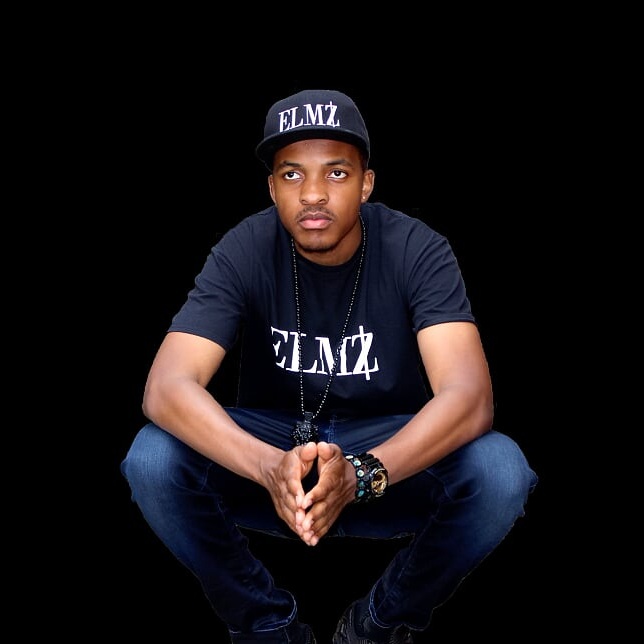 Elmz XIX is a Rap Artist, Songwriter, and Producer from Nottingham, UK.  He is noted for having a deep, captivating voice and profound lyrics often accompanying his own experimental production. He draws inspiration from old school Hip Hop, Grime and Reggae as heard on his BBC Introducing debut track “Passa Passa” and is carving out his own future sound. He was recently a part of Capital Xtra’s Music Potential 2018, a collective of the best young Musicians across the UK. This led to him performing at Outlook Festival in Croatia 2018.

Credits include performing at Outlook Festival, Y Not Festival, Rock City, Rough Trade, Capital Xtra Music Potential, Nottingham Carnival, and more. He is currently working on his debut EP “Don’t Look Down” to be released 2019. 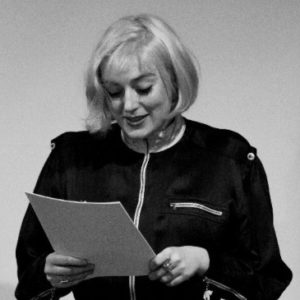 Ella Frears is a poet and visual artist based in London. She’s had poems in the LRB, Poetry London, Ambit, and The Rialto among others and was a finalist for the Arts Foundation Fellowship in Poetry. She’s completed residencies for the National Trust, Tate Britain, K6 Gallery and Royal Holloway University. Her poems about the St Ives Modernists are currently on show at Tate St.Ives. Ella’s poem ‘Fucking in Cornwall’ was commended in this year’s National Poetry Competition. 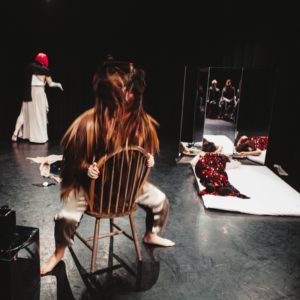 Fauve Alice works as a director and performer in both live art and film. She creates playful and provocative, multi-sensory performances which explore and question normative social values. Her work engages in long-term processes, working with different communities to create works which are led for and by the desires of that community. These pieces often asks difficult questions of the audience and plays with different forms. Her work is based in local contexts, but interacts with global conversations.

Last year she was awarded the Artist’s International Development Fund to develop work in Poland, has led a workshop for the state theatre in Bucharest, Romania, and has written and directed a short film which is being shown at various festivals across the year. This summer she is taking Nights at the Circus up to Edinburgh Fringe Festival with Spare Tyre. 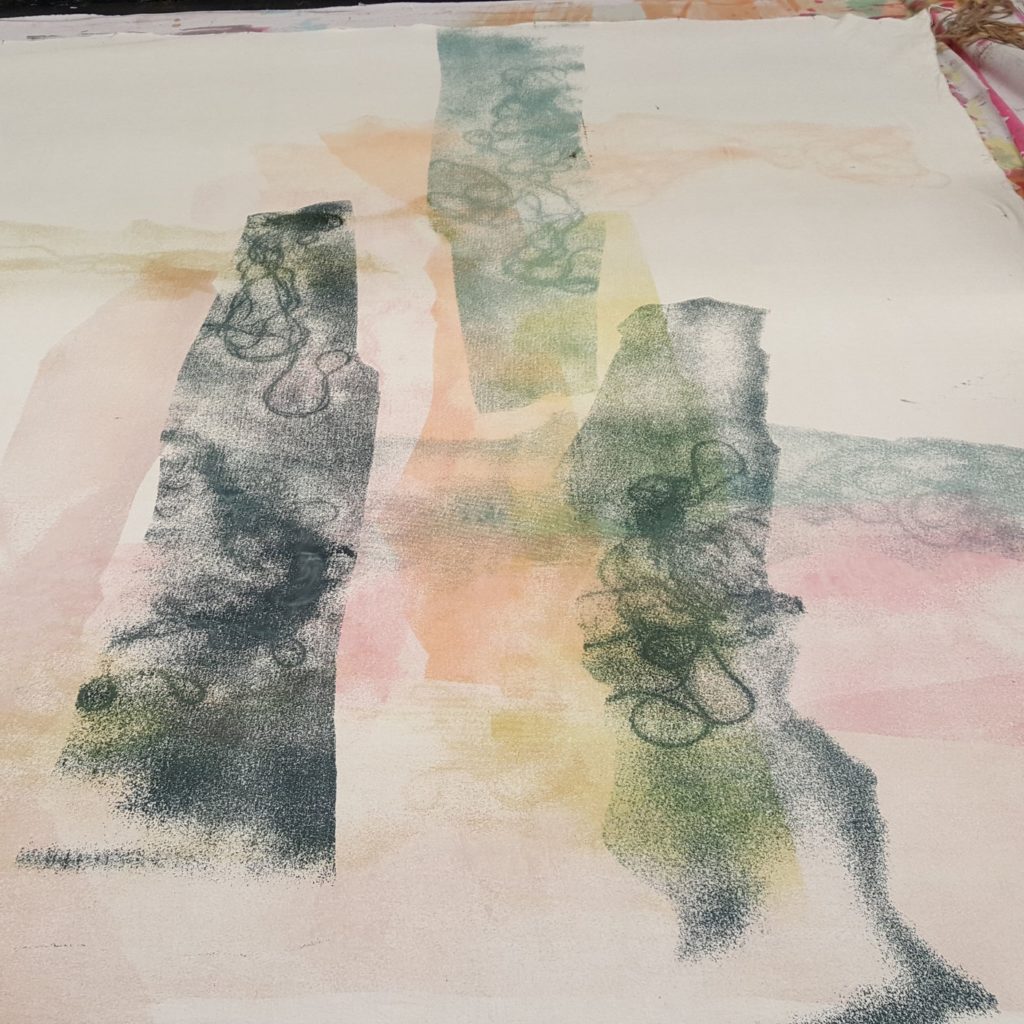 Marianne Bauer is a graduate of the Royal College of Art and Chelsea College of Art. She uses her skills as a printed textiles specialist as the basis for her artistry. Marianne finds inspiration in complexity, using artistry to reflect the turmoil and contradictions of social life. Her work comes from a place of human predicament, and her concern with social well-being which she sees as both a personal response and a societal problem. Through a process of combining two distinctly separate practices, other people’s language and her own printmaking, she creates images using colour and shape to express a thought. In her art she reflects her personal, and intense, frustrations with a contradictory world and the complexity of her thoughts, which are often unexpressed in language. Thus, a large proportion of her work harnesses powerful physical processes in screen printing textiles, for example scrunching, folding, knotting and stretching. Her work selfishly offers the viewer a web of mystery she cannot unpick herself. 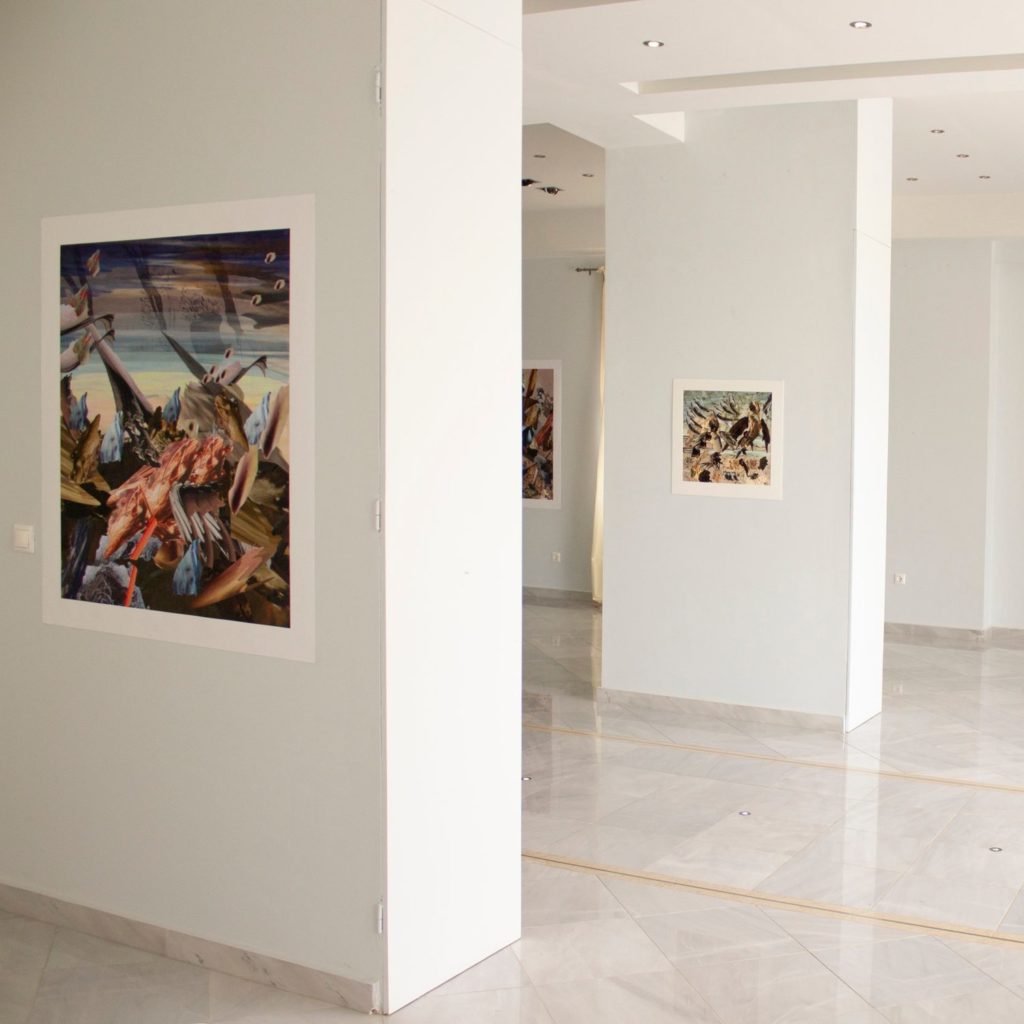 Tom’s work examines the relationship between painting and digital media, and what it means to construct an image of the natural environment. Gathering scans of paint marks and organic materials – soil, leaves, animal marks – he then reformulates these digitally into ‘paintings’. Through this process he examines the tendency of humans to distort and manipulate nature. His work references ideas of recycling and uses mythical worlds and surrealistic iconographies to explore this. After graduating from Chelsea College of Arts in 2018, he has completed a one month residency at Kunstnarhuset Messen, Norway, and an exhibition entitled ‘Quarry’ at the Ionion Center for the Arts and Culture in Greece. 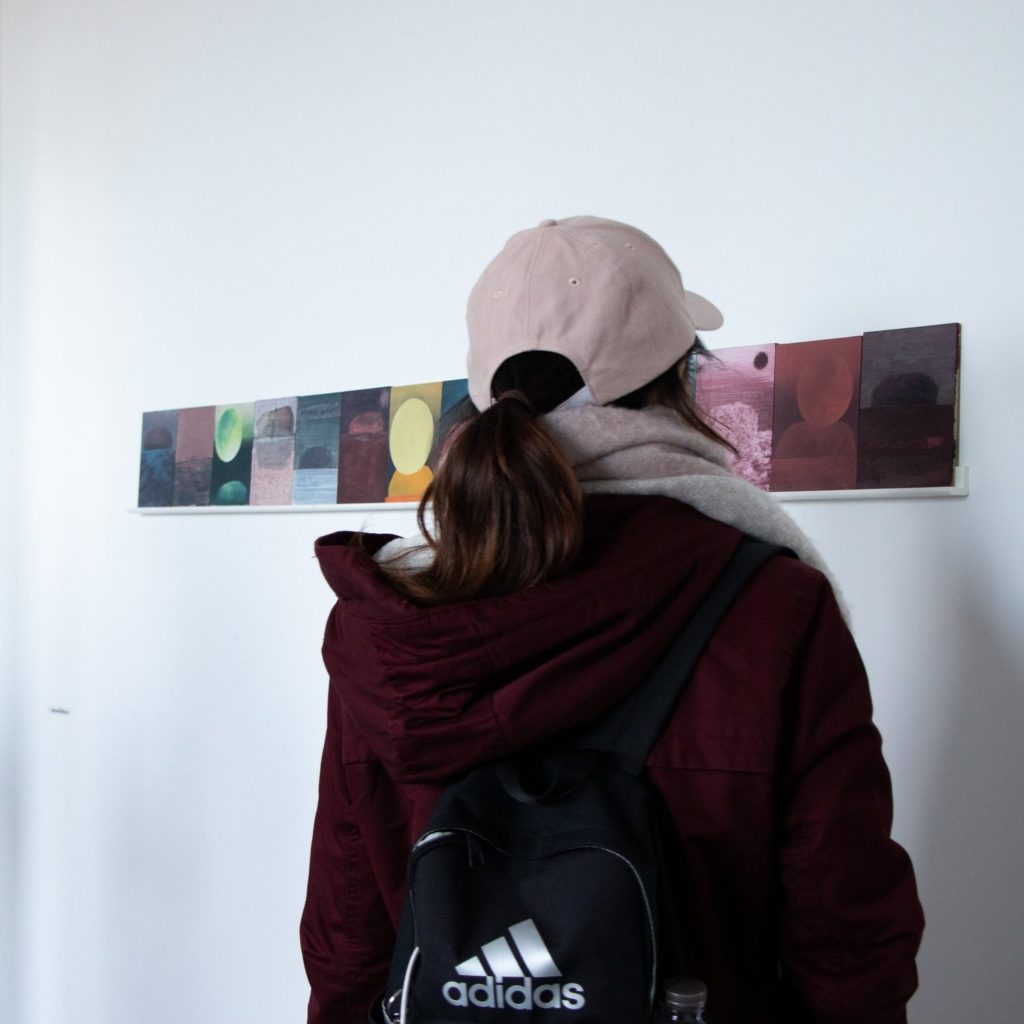 Samuel Ahlman is a visual artist living and working in Falun, Sweden. He creates paintings, drawings and installations. Samuel studied for his Masters and BA at Umeå Academy of Fine Art. As well as showing at UKYA’s City Takeover in Nottingham 2019, Samuel has exhibited at Galleri Backlund and Liljevalchs Konsthall, Sweden; Kvit Galleri, Denmark; and Pianofabriek, Belgium. 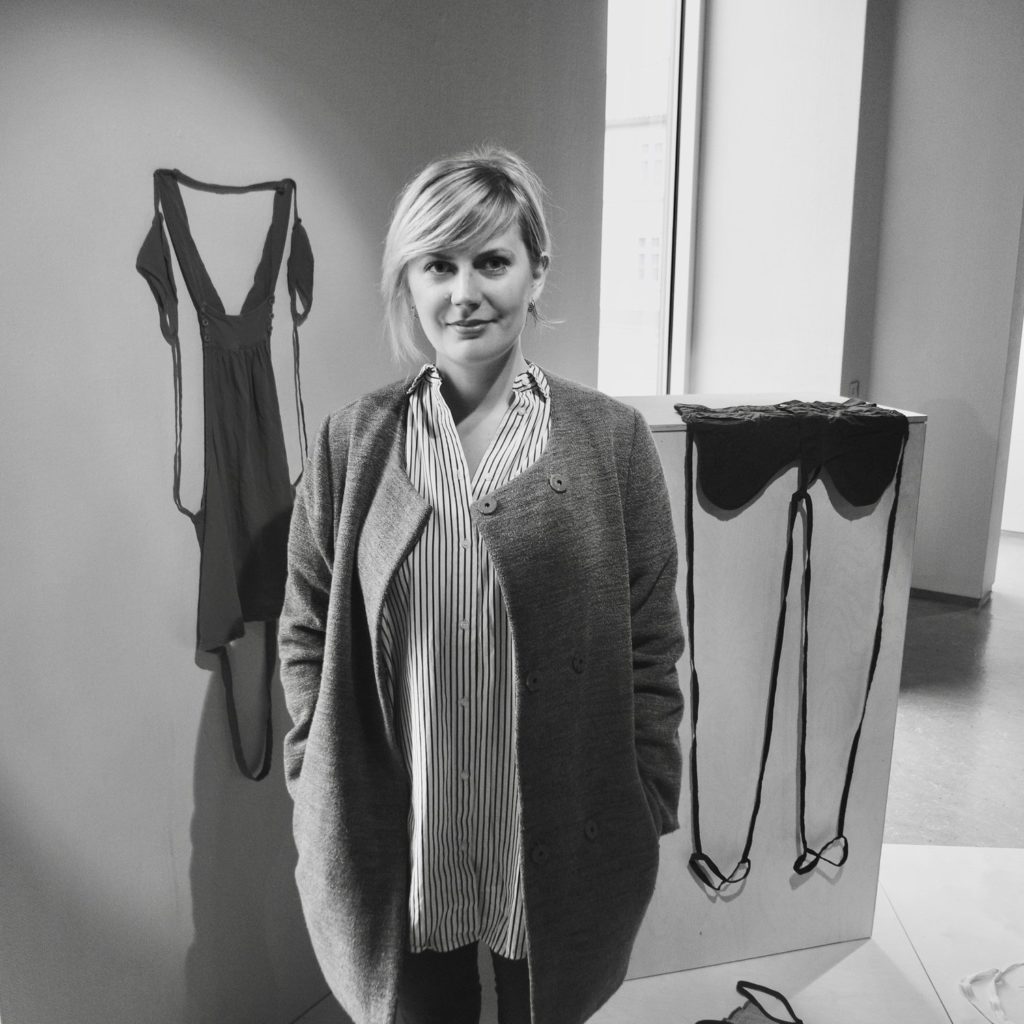 Ronja Elvenes is a visual artist, working in different mediums.
She is currently studying textile art at Oslo National Academy of The Arts. In her work she examines the material and underlying conceptual issues, as well as the associations we provide everyday objects. In her recent work she examines time sequences through repetitive forms.

All artists were presented at UKYA City Takeover: Nottingham 2019